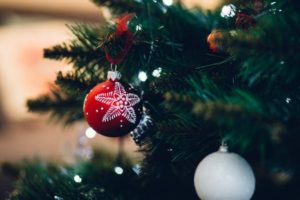 When I was a young child, my great uncle would arrive at our house with my grandparents just before Christmas. Most years, he would bunk up with me. My room was down a long hall from the living room, past the entryway and my sister’s room. As you entered, model rockets lined the top of my bright blue chest of drawers on the left. You would then step around a major toy soldier conflict on the floor and see two twin beds perched beneath a sea of college pennants. For the few days around Christmas, Uncle Adrian and I were the coolest cats around, hanging out in our bachelor cave, playing checkers, and eating my mom’s homemade pralines. We were buds.

One year, in particular, I had asked Santa for a ten-speed Schwinn bicycle. That’s all I asked for that year as I decided to go all or nothing. Man, did I want that bicycle! In those days, a bike was pure freedom to go just about anywhere, and with a ten-speed, I could get there fast. I was still kind of young for a ten-speed, so I wasn’t sure I would get it if Santa needed parental authorization. Coming into the final stretch, I was worried.

The night before Christmas, my eyes refused to close. My mind raced, waiting in anticipation for the glow of the morning sun to touch the tips of the cedar trees that lined our backyard just beyond my bedroom window. 2 am, 2:01 am, 2:02 am, 2:03 am, the minutes ticked by like hours. I couldn’t take the anticipation. What if I just slipped down the hall and peeked? Maybe just knowing would allow me to rest my mind and my eyes for a little while. Finally, I couldn’t stand it any longer; I had to know if Santa had delivered that bicycle.

Slowly and carefully, I slipped out of bed, snuck around the soldiers and Dinky toys on the floor, and tiptoed down the long hall, past my sister’s room where she and my grandparents were sleeping. As I turned the corner, there it was beside the Christmas Tree, the low silhouette of a 10-speed bicycle. Whew! Now all I needed to do was get my rear back in bed, but that has never been how I roll.

I had come this far, so I decided to sneak across the living room for a closer look. It was a beautiful bike—silver with black and chrome trim, a small-frame Schwinn 10-speed on 26-inch tires. I wondered, was it too big? I couldn’t tell by just looking if I could reach the pedals, so I decided to climb aboard and see.

It was quite a stretch getting into the saddle. As I pushed myself upright with my left foot, I suddenly realized I was in trouble. Sitting stationary, with neither of my toes able to reach the floor, I was entirely at the mercy of forces out of my control. At that moment, bike, boy, and all started a slow roll to Starboard, away from the kickstand and right into the Christmas Tree!

The sharp pine leaves and boughs started to dig in, scratching my bare arm and cheek. Ornaments tinkled as some even dropped to the floor. As the tree groaned past the tipping point, I realized there was no longer any hope……we were going down.

But just at that moment, a hand reached out from the darkness and caught me firmly around the upper arm, pulling me back, as another hand somehow was able to right the falling Christmas Tree. Bewildered, still sitting but now upright on my new bike, I turned and was able to make out the shape of my Uncle Adrian’s face. He was still holding me by his left hand. I started to speak, but with his right index finger, he slowly touched his lips.

In the quiet darkness, we cleaned up the mess I had made and silently tiptoed back to our bachelor pad. I wasn’t sure what the morning would bring, but I was relieved enough to know the Christmas Tree was still standing to drift into a deep sleep.

When I awoke, the bed next to me was already made, and I could hear the muffled voices of Christmas excitement drifting down the hallway. I did my best to act surprised about what Santa had brought me. There were two of us who knew differently. Were there more? Was there an adult Code of Disclosure I was not aware of?

In 1974, Uncle Adrian saved Christmas at the Schulz house, but he never told a single, solitary soul.

Not everybody celebrates the Christmas season for the same reasons. But I have come to believe my uncle’s firm hand reaching out of the darkness to save me from myself to be an earthly reflection of my Creator’s love for me. Since then, there have been other hands, many of them, some physical and others from another realm, that have guided my life. A life that I owe more to others and my Father in Heaven than I do to myself.

This Christmas, I am thankful for those hands that have reached out so many countless times since then and continue to save Christmas for me, just like Uncle Adrian did over forty years ago. 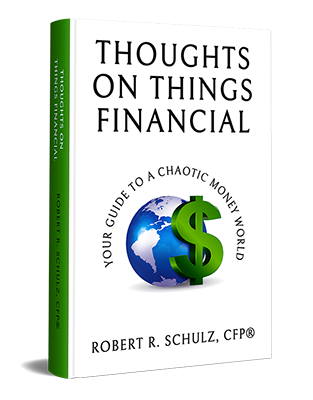